Prior to having any children, there were all sorts of things I said I would never do. One of those was that I was never going to give any of my babies a pacifier. I had heard that it would ruin their teeth and that it was a very hard habit to break.

Well that all changed the moment our paediatrician explained that some babies need the pacifiers or a finger to soothe and comfort them. She explained that it was the sucking that provided comfort. At that time, I really didn’t put much thought into the type of pacifier we used. I wasn’t aware of the benefits of one type versus another. I ended up using the traditional pacifiers with multiple pieces and parts (you know, the ones with a swivel arm and a button/cap on the outside). No matter how careful I was, I remember water and soap always getting trapped in the nipple when I cleaned it. I was not aware of the one-piece silicone pacifiers and why they were so much better. I now know that having one, solid piece makes the pacifiers easier to clean and less likely for small parts to come loose and become a choking hazard.

The other interesting fact I learned about was the nipple shape. I never understood why there were so many different nipple shapes. I assumed it was just for preference or comfort, but now understand that the rounded nipple is what the American Academy of Pediatrics suggests because it is less likely to interfere with breastfeeding. Outside of breastfeeding (or “nipple confusion”), when it comes to the shape of the nipple, it really is mostly about what your baby prefers or what they are used to. So the shape, size, firmness, softness, etc.. really depends on each baby. You might have to try a couple before you find the one that works best for you.

How many pacifiers I had

Though I said we would never use a pacifier, we probably kept about four pacifiers around at any one point in time. I must admit that I don’t recall following the rule of replacing the pacifiers every 4-6 weeks of use (typically recommended by each manufacturer). I was good about checking the pacifiers for cracks and tears to ensure it was okay to give to the baby, but I did not replace the pacifiers on a regular schedule as is suggested. Fast-forward 11 years, now we are makers of pacifiers and all these guidelines and rules have new meaning to us. My sister just had her first baby in August. I was shocked when she told me that she buys a 2 pack of pacifiers almost every time she goes to the store. Now, this is because she has dogs that get ahold of them and well because she misplaces things frequently. It sparked an interest in me, I wondered, how many pacifiers do people keep around or buy for their baby? So, I googled “how many pacifiers do babies go through”. I read that most babies use a pacifier until the age of 4 and that most parents purchase 72 pacifiers per child.

It is all very interesting, so we thought it would be fun to take a poll and see where everyone stacks up since every baby is so different. You can throw in a comment at the bottom if you had 2 or more babies that were different. Also, we would love to read in the comments what age you “think” you will stop using them.

15 Tips to Make Bedroom Sharing Work For Your Family 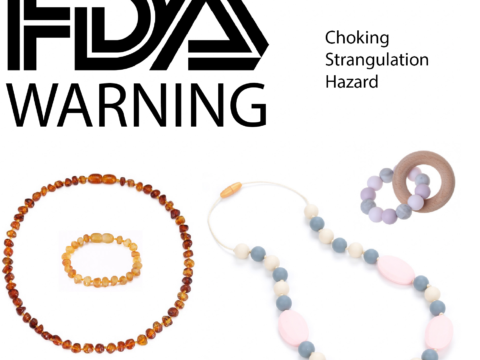 Registration is disabled at this moment.